Sometimes you will find AirMac Cards that come in the same design as the original Airport Card. They are indeed identical wireless cards , which Apple sold in Japan.
The japanese company I-O Data owned the rights for Airport, so Apple used the slightly different AirMac. 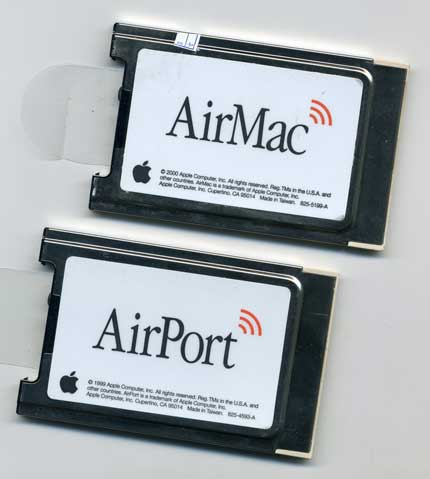 Apple has discontinued the hardware support for the Clamshell iBook series. This means that original spare parts are no longer manufactured. Apple service partners will be not able to get a new logicboard if it is defective. 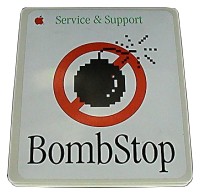 The iBook Firmware Update 4.1.7 will only run on iBook computers running Mac OS 9.1 from a local drive. If you are using Mac OS X you must boot from a local Mac OS 9.1 writeable partition (not a CD, or network disk) prior to following the update instructions.

This update also contains changes from earlier Firmware Updates. This update adds support for 256 megabyte (MB) memory modules and improved support for using a USB storage device, such as an external hard drive, as a startup disk.

Follow the onscreen instructions. When prompted, click Shut Down in the dialog box to shut down your iBook.

After the computer has shut down, hold down the Command (Apple) key and Power button to start up your iBook.

The ATA-4 controller working in the Clamshell iBook is not able to take advantage of drives larger than 128GB. Apple states that -as a guideline- all Macs released after June 2002 can address larger hard disks.

If a 160GB hard drive is installed, the Clamshell will only recognise it as a 128GB HD. If you want to use the full capacity, only a workaround helps.