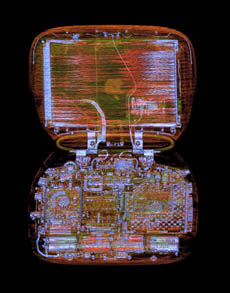 A fascinating three-dimensional Computed tomography (CT) image of the inside of a Clamshell iBook generated by a series of X-ray images can be found at radiology art.

Made on a Mac: Using Photoshop, the artist applied colors based on the varying densities of materials present. Thanks for presenting the disembodied inner life of a Tangerine iBook !

How vintage are you ? 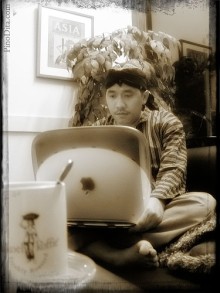 How vintage are you - that is the question for every Clamshell user today. The first iBook generation has the Apple status of "vintage" which means that spare parts are no longer produced. The family of Pinot and Dita from Indonesia uses that old fashioned Clamshell in everyday life in addition to the modern iPhone. Due to the long battery life and airport card it is still useful. In their Flickr account , you can have a look at some beautiful photos with the iBook in a cafe and a park.

In March 1997 Apple released the Emate 300 for 800 $ - it was bigger than a PDA and smaller than a laptop. The emate ran the Newton operating system, the battery life was up to 20 hours. The display had 480x320 pixels in 16 gray levels. 8MB ROM contained both operating system and applications. In addition, there were 1MB RAM and 2MB flash memory available, an infrared port, and a combined serial / parallel interface. The emate targeted on the educational sector. 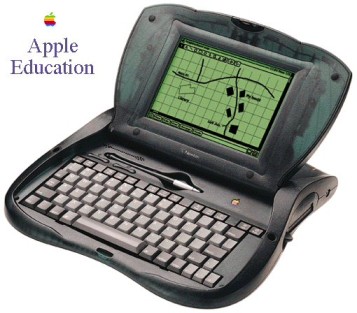 As Steve Jobs returned back to Apple, he stopped the whole Newton product line in 1988 . Some elements of the emate design were resumed in the Clamshell iBook: The shape, the semi-transparent housing, the interface layout and the integrated carrying handle.

Below is a direct visual comparison of the models. 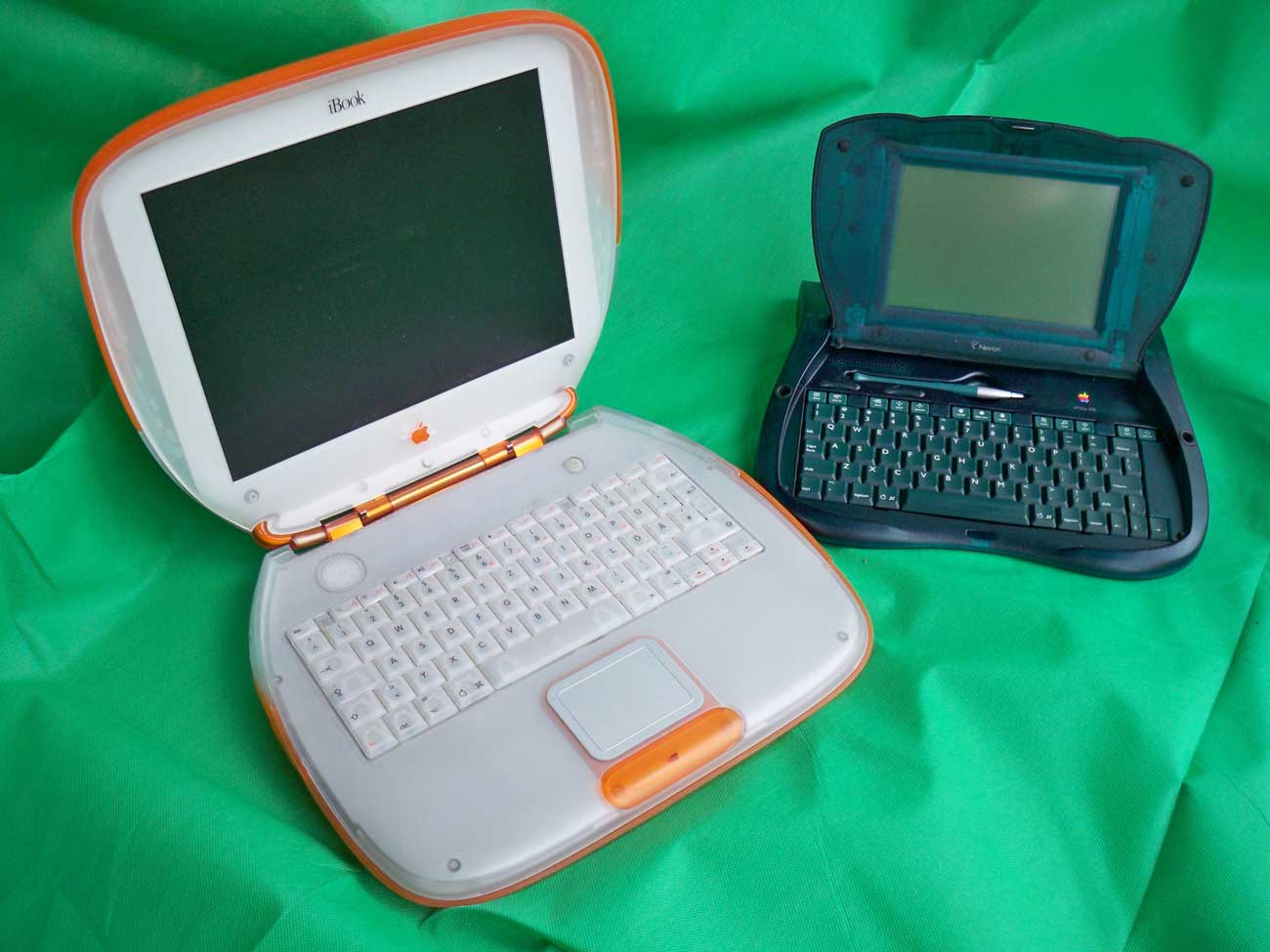 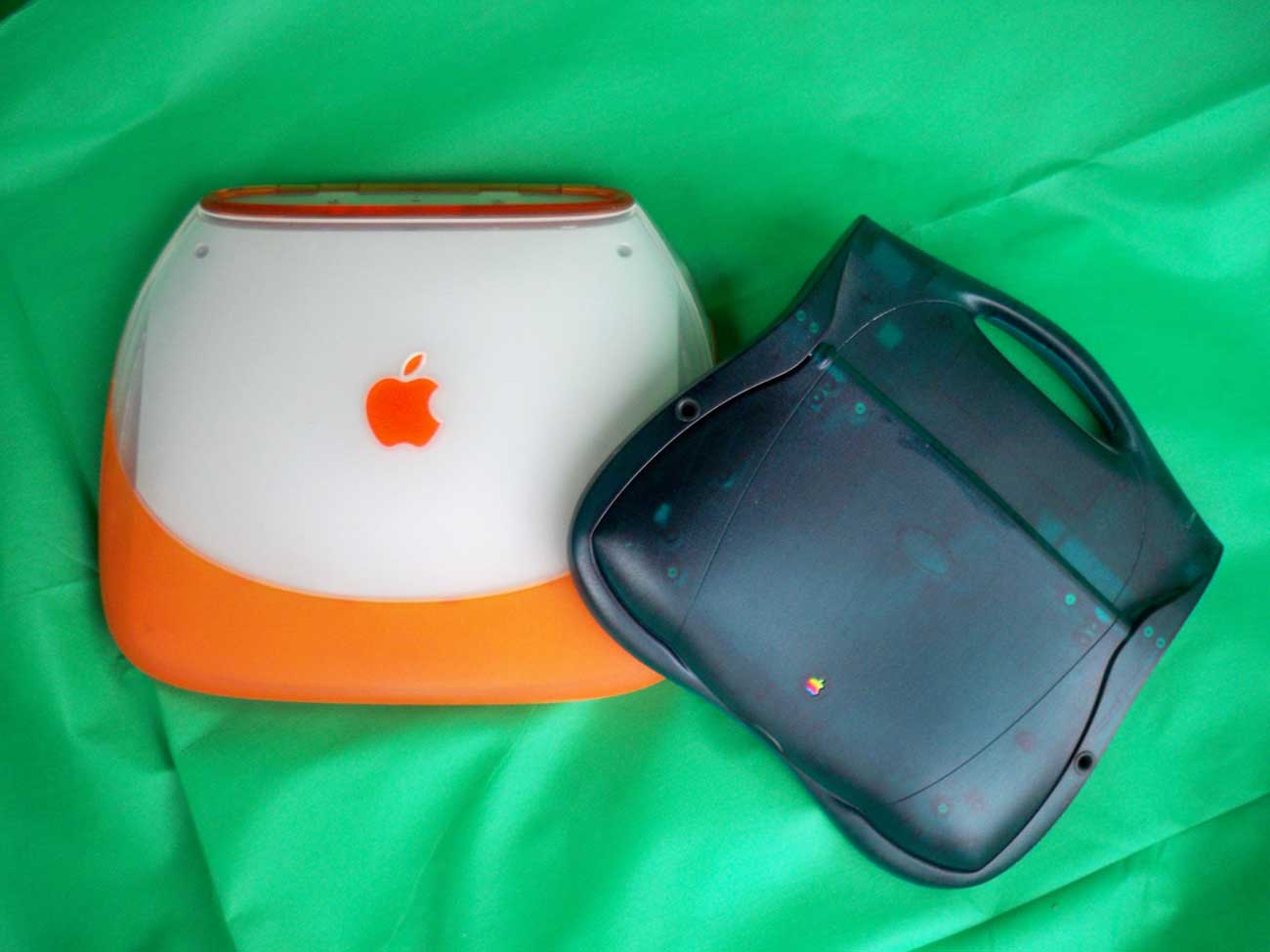 On September, 21. 1999, the date of the iBook delivery a major earthquake of magnitude 7.6 shook Taiwan. There were approximately 2300 dead persons, almost 10000 buildings collapsed, about 7500 were seriously damaged.

Understandably, the transport capacity of the island was urgently needed for supplies and due to power outages, the production stopped for one week. Apple could only deliver 6000 iBooks.